âThe project of a wall for a shelter is based on the multiplication of a tiny three-dimensional motif. This piece, which resembles a small branch, is injected in polypropylene. Simply, with different colours and various alternate connections, we have managed to create an irregular skin. In this instance the repetition generates a certain visual complexity.

The commission was simple: shelters were to be placed on a roof terrace to protect against sun and wind. The view is magnificent, Paris
>>
with zinc roofs.
Any hint of language on the architectural scale seemed to be ruled out as far as we were concerned. We just wanted to melt into the mass, to disappear, to allow the panorama to guide the eye. We concentrated on the skin of these shelters, bearing in mind that the cabins would be simple volumes, box-like structures. The skin is composed of a small unit of polypropylene, endlessly juxtaposed on supporting cables. The plastic allowed us first of all to make a piece that was easy to clip together, and also to play on the colours and its transparency.
As with a branch, Â« twig Â» is not very far away from camouflage. An almost vegetable skin, itâs chaotic when you approach it, but it can melt, through its blend of colours, into this greyish-blue mosaic of Paris rooftops. â 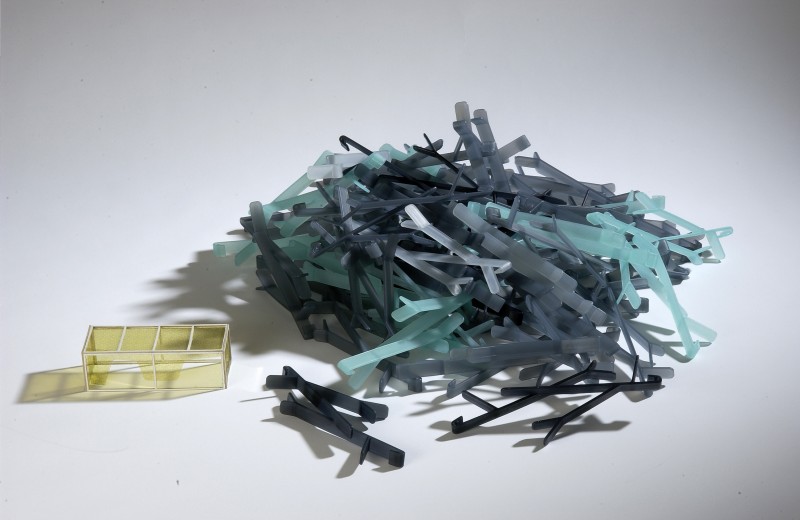 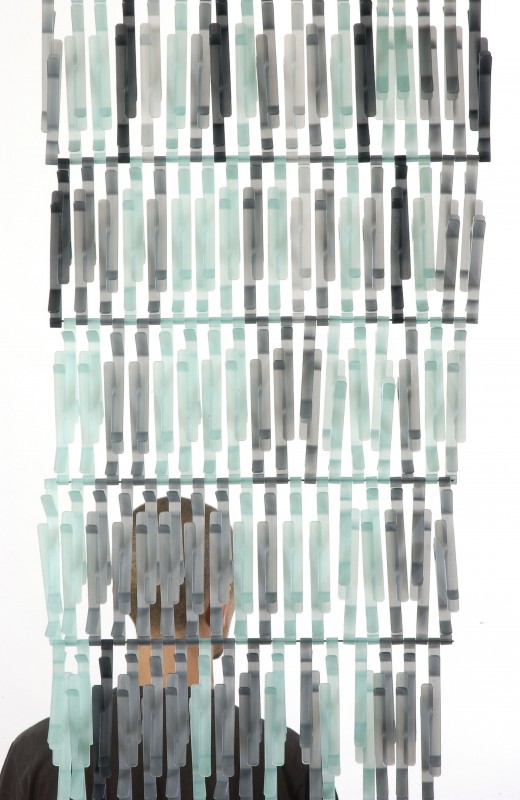 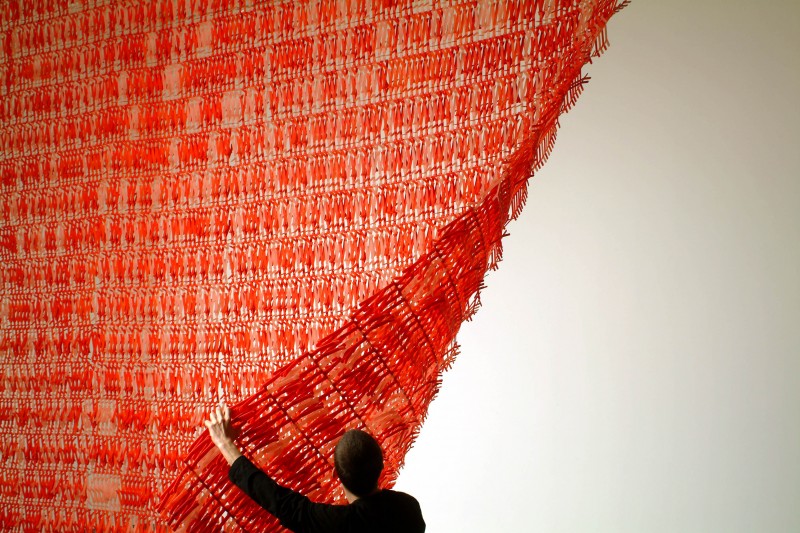